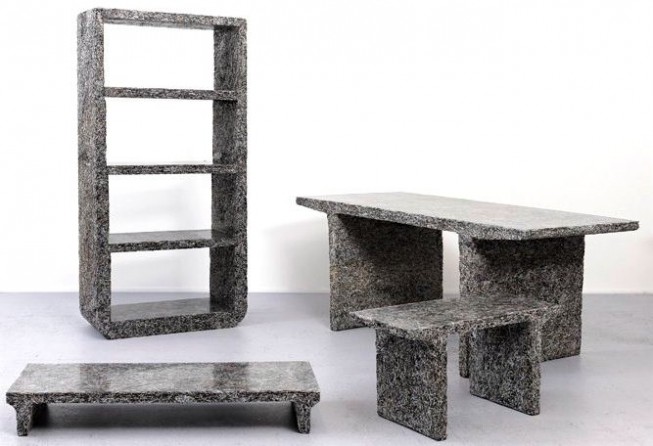 Once again the seemingly parallel worlds of fashion and furniture collide; this time however, the protagonist is not some pretentious designer or actor-turned-fashion-guru (ahem, brad pitt…) rather it is made from, of all things, back issues of ‘Elle’, the worlds largest fashion magazine.

While the world of preppy furniture design is by now pretty familiar with the use of unorthodox materials to craft oddball pieces, these furnishings by Italian designer Jens Praet are particularly intriguing. Praet collaborated with the magazine to create the four-piece series ‘Shredded,‘ which was exhibited at Design Miami 2012 a few weeks back.

To make each piece, Praet cut up more than 100 pounds of the glossy shelter pub—the bookshelf itself is made of 66 pounds of the stuff, the table is 57 pounds—combined it with clear resin, and set the mixture in a mold. The result? Sturdy and —”firm as wood”.

utilitarian-inspired furnishings that save some 140 pounds of paper from a landfill. From a philosophical standpoint, Praet has also managed to add complexity to Elle’s traditional role; whereas the magazine routinely “makes” brands just by featuring them, here it’s the physical pages that have, well, actually constructed physical things. 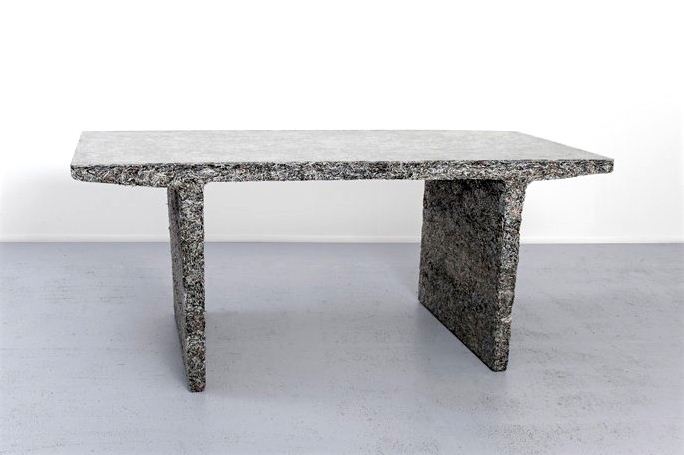 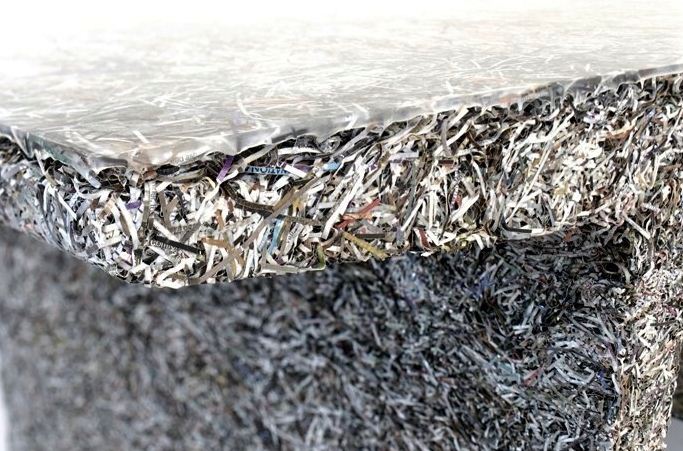 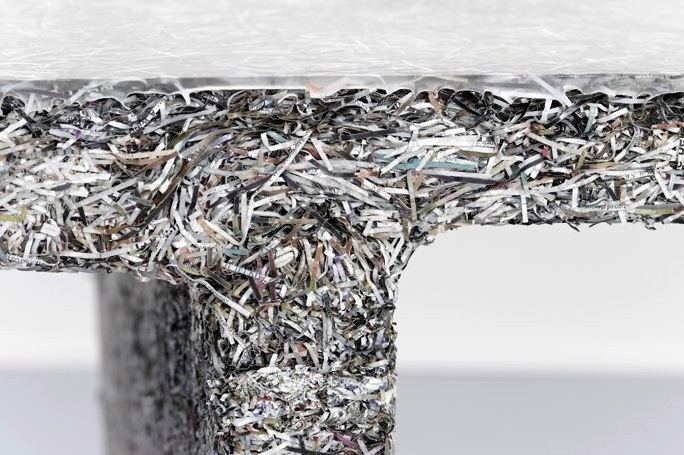 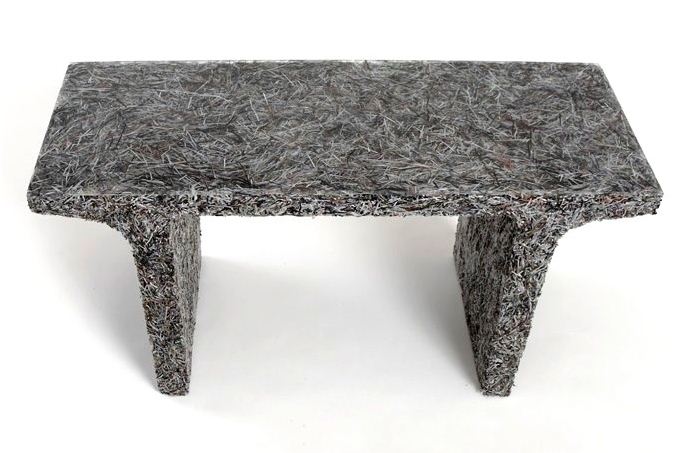 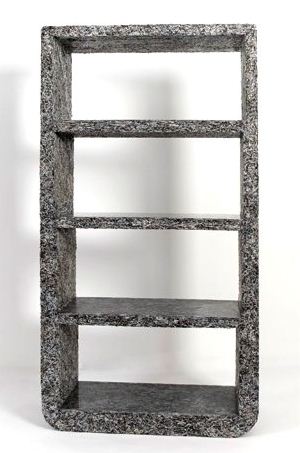 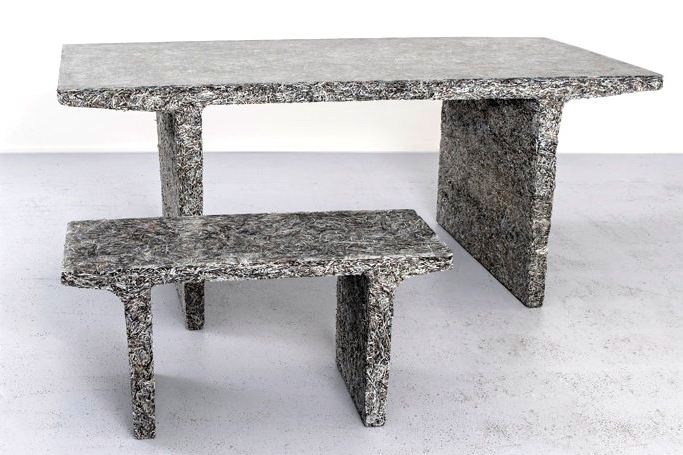