Know Your Furniture: History of the Hammock 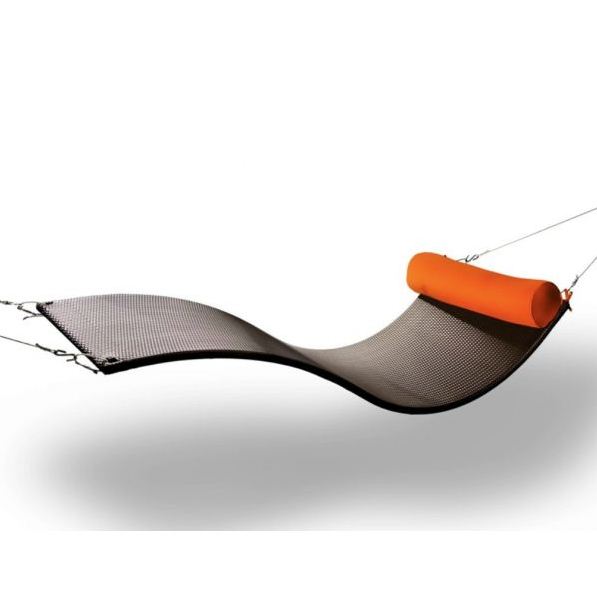 For this latest installment of the Know Your Furniture series, I thought we might take a little journey back in time and see if we can’t possibly track down the origin and outline a brief history of a particular furniture piece that seems to have been around forever. The Hammock.

No doubt we are all familiar with contemporary hammocks as they are used in the world around us today. The symbol of carefree leisure, hammocks are a fairly simple and functional concept, a piece of material slung between two trees where one might lounge in the sun or sip an iced tea on a hot day.

The story of the hammock, however, begins some 1,000 years ago in Mayan inhabited Central America. This advanced culture which produced the most accurate calendar, the Mayan calendar, built the architecturally exquisite pyramids and stone palaces, created their own writing system, and were extraordinary astronomers and mathematicians, also designed a web-like hammock which is still in use today and considered to be the most ingenious and comfortable of all hammocks.

The earliest hammocks were woven from the bark of the Hamak tree. The Sisal plant {similar in looks to an Aloe Vera plant} later replaced the bark as the material of choice for the hammock because it was more abundant, and its fibers could be softened by rubbing them against the thigh. The use of cotton in these original hammocks is a relatively new material adopted only in the last 50 – 60 years!

Though one may easily assume that hammock gets its name from the Hamak tree from which its earliest forms were originally woven, this does not appear to be the case. Instead, it seems the word comes from a Taíno culture Arawakan word (Haiti) meaning “fish net”.

One of the reasons that hammocks became popular in Central and South America was their ability to provide safety from disease transmission, insect stings, or animal bites. By suspending their beds above ground, inhabitants were better protected from snakes, biting ants, and other harmful creatures.

Additionally it is believed that Hammocks were introduced to Europe by Christopher Columbus, when he brought several of them back to Spain from islands in the present day Bahamas.

Around 1590, hammocks were adopted for use in sailing ships; the Royal Navy formally adopted the canvas sling hammock in 1597. Aboard ship, hammocks were regularly employed for sailors sleeping on the gun decks of warships, where limited space prevented the installation of permanent bunks. Since a slung hammock moves in concert with the motion of the vessel, the occupant is not at a risk of being thrown onto the deck (which may be 5 or 6 feet below) during swells or rough seas. Likewise, a hammock provides more comfortable sleep than a bunk or a berth while at sea since the sleeper always stays well balanced, irrespective on the motion of the vessel. Prior to the adoption of naval hammocks, sailors would often be injured or even killed as they fell off their berths or rolled on the decks on heavy seas. The sides of traditional canvas naval hammocks wrap around the sleeper like a cocoon, making an inadvertent fall virtually impossible.

In Venezuela entire villages raised their families in hammocks. During the first part of the 20th century, many scientists, adventurers, geologists and other non-native visitors to Central and South American jungles soon adopted the Venezuelan hammock design, which gave protection against scorpions and venomous snakes. The difficult jungle environments of South America encountered by Western explorers soon stimulated further development of the Venezuelan hammock for use in other tropical environments.

The United States Army eventually adopted their own version of the jungle hammock, complete with rain proof fly and sandfly netting for use by U.S. and Allied forces in tropical jungle regions such as Burma during World War II. While at first reluctant to accept the idea of its men sleeping in hammocks, the United States Marine Corps later employed jungle hammocks in New Britain and later Pacific island campaigns where heavy rain and insects were prevalent; concerns over injuries from machine gun and artillery fire were overcome by first digging a slit trench, then staking the hammock’s support lines to suspend the hammock beneath ground level.

I hope you have enjoyed this brief historical outline of the hammock, please let me know if there are any other particular furniture pieces you would like to get to know by leaving a comment in the comment section below.