Know Your Furniture: Dresser, Armoire or Chest of Drawers…? 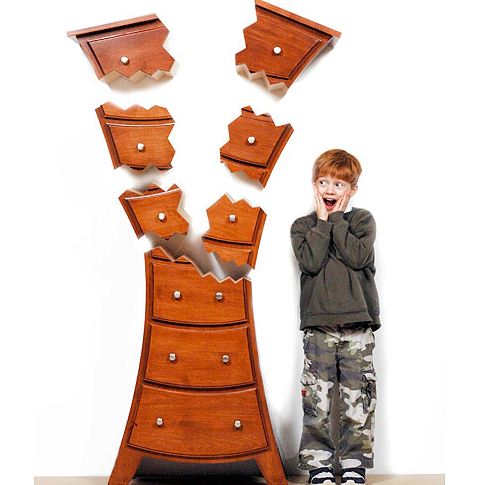 In this, the second installment of Madison Seating’s “Know Your Furniture” series, I would like to take a moment to discuss some of the complex intricacies of a certain widely used but little understood piece of bedroom furniture, the Dresser. Or is it the Armoire? Or… wait… hold on a second, maybe it’s a Chest of Drawers…?

This kind of confusion is exactly what the “Know Your Furniture” series is here to address.

So which is it? What is the difference between them? And which respective instance would be the appropriate use of each term?

Dresser. So it actually gets a little more complicated before it gets simpler. You see, the term “Dresser” is actually an abbreviated form of the term “Dressing Table”, and “lowboy” is actually the correct American collectors term for the dressing table, or vanity (sometimes also called a “bureau”). It is a small table that has multiple parallel, horizontal drawers stacked one above another and usually comes with an attached mirror. Called a “lowboy” so called in contradistinction to the “tallboy” or “highboy” chest of drawers.

Both lowboy and tallboy were favorite pieces of the 18th century, both in England and in the United States; the lowboy was most frequently used as a dressing-table, but sometimes as a side-table. It is usually made of oak, walnut or mahogany, with the drawer-fronts mounted with brass pulls. The more elegant examples in the Queen Anne, early Georgian, and Chippendale styles often have cabriole legs (I have no idea… just click the link if you wanna know so badly!) , carved knees, and slipper or claw-and-ball feet. The fronts of some examples also are sculpted with the scallop-shell motif beneath the center drawer.

Another term for a dressing table equipped with mirrors is vanity and is traditionally used applying makeup or fashion accessories.

Armoire. Armoire is a French word which refers to any tall, free-standing, ornate cupboard.  It may be rectangular or square, narrow or broad. Also known as a wardrobe, this furniture piece is typically bigger and taller than a dresser, and is usually a standing closet used for storing clothes. The earliest wardrobe was a chest, and it was not until some degree of luxury was attained in regal palaces and the castles of powerful nobles that separate accommodation was provided for the apparel of the great. The name of wardrobe was then given to a room in which the wall-space was filled with cupboards and lockers, the drawer being a comparatively modern invention. From these cupboards and lockers the modern wardrobe, with its hanging spaces, sliding shelves and drawers, evolved slowly.

Hoped this helped to clear things up a little, see ya next time!