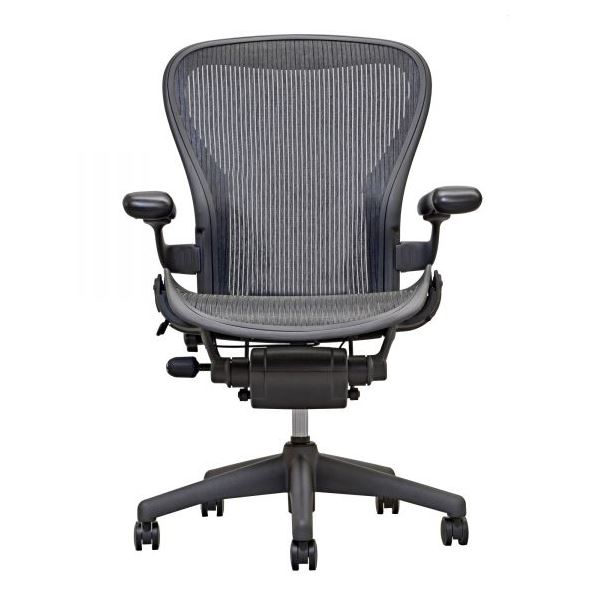 Amidst all the doom-and-gloom about the death of American manufacturing, the one, simple fact that’s usually forgotten is that we’re still the world’s No. 1 manufacturer. No joke, and not a typo: We produce one fifth of the world’s total manufacturing output.

The difference between how Americans once made stuff and how that stuff is made today is that manufacturing in the U.S. has reached a stunning level of efficiency that can be hard to really comprehend. Unless, of course, you visit a factory like the one that makes Herman Miller’s Aeron chair. We recently did, and saw a process which has yielded a 500% increase in productivity and a 1,000% increase in quality since 1998. Those numbers sound made up, but bear with me for a second, and I’ll explain.

The Kaizen (“continual improvement”) process that yielded all those results was imported directly from Toyota, in the 1990s. At the time, Herman Miller was hoping to bring down costs in order to stay competitive across the world. And Toyota was hoping to build better relationships in the U.S., as part of its effort to build more cars in America. Herman Miller’s present EVP of operations, Ken Goodson, eventually cajoled Toyota into making Herman Miller one of the first companies in a pilot program to teach American companies Japanese manufacturing techniques. Toyota eventually sent Hajime Oba, a legendary manufacturing genius, to lead the lessons. (Oba himself, humble to the end, prefers that he be called sensei or coach.)

Kaizen, as many people will tell you, isn’t about grand ideas or huge structural changes. Rather, it’s about tiny improvements that accrue over time. So for Herman Miller, these involve adjustments as minute as the placement of a bin of washers so someone has to reach over 6 inches less, or the height of an assembly line, so people don’t waste a fraction of a second bending over.

The process is as important as the results: It’s the individual employees on the line that are suggesting these improvements. At Herman Miller, they average 1,200 “plan-do-check acts”–that is, little proposed changes to the assembly process–every year. “The biggest thing is to empower people to change the work in ways that matter to them,” says Eric VanDam, Herman Miller’s director of operations in seating.

All of these tiny improvements, in the course of 13 years, have meant that a new Aeron chair, which used to come off the line every 82 seconds, is now boxed and finished every 17 seconds. A decade ago, an Aeron took more than 600 seconds in total to build. Today, it’s about 340. Meanwhile, safety metrics have improved by a factor of 6. Quality metrics have improved by a factor of 10. A single Aeron takes one fifth of the labor to make that it once did. The actual factory itself is 10 times smaller.

Today, Herman Miller is doing far more with the same labor force that was once producing a sum total of five different office chairs. Today, they produce 17, using roughly the same number of people. And all the while, lead times have shrunk from two months to as little as 10 days.

You might think that all this means that Herman Miller should be running into a practical limit in how efficient they can be. But they’re still getting improvements of a quarter to a half of a second at a time, month by month. They’re on track this year to beat all their records–again.